WARNING: This post contains some Notakto spoilers. They begin after the screenshot below. 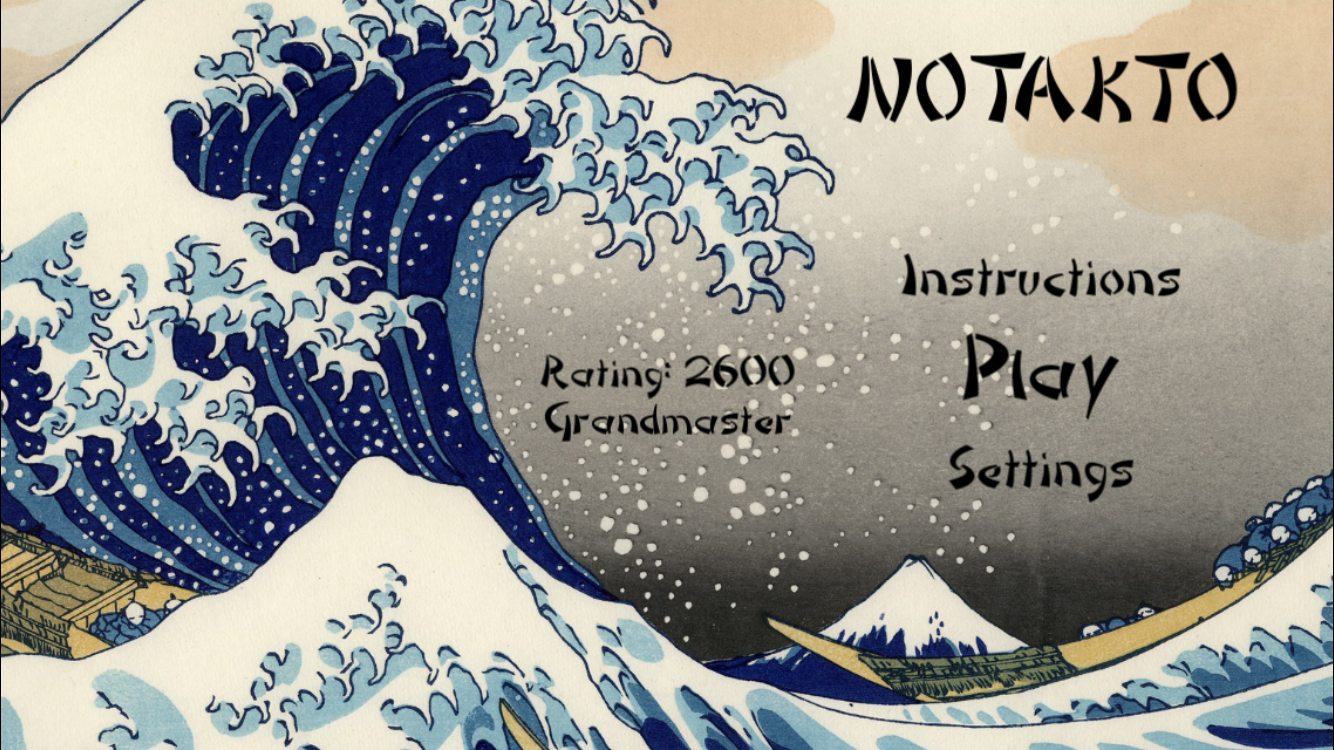 If you’ve played Notakto enough to learn how to reliably beat the app on its Insane setting, you know the following:

What’s left then for a person to do with the app after you’ve mastered it to this level?

Here is a suggestion for such Notakto Grandmasters.

Playing the game this way puts you, the Notakto Grandmaster, at a decided disadvantage. In fact, if you had chosen the “Insane” setting instead, it would have put you at an absolute disadvantage (ie, you wouldn’t be able to win at all). But at the “Hard” level, the app makes mistakes occasionally. As a Notakto Grandmaster, it’s your task to be able to spot those mistakes and then exploit them.

As you’re developing this skill, it’s useful to press the “Hint” button occasionally to check your understanding. The Hint button is only available in Practice Mode.

This new way of playing Notakto is decidedly more difficult because it involves a much greater knowledge of the exact misere quotient values in the game. Don’t know about misere quotients? Here is a paper that explains them.

You’ll find yourself suddenly curious about the exact symbols underneath each Notakto board type in the figure of that paper that appears at its very end (after the references). Can you handle all the situations that arise?