You’ve always wondered how it would be to be the guesser in a game of “Hangman” where the person who’s supposed to think of the secret word instead keeps a list of all the words that are consistent with your guesses, so far, and switches between them when you force the issue. That’s called “Evil Hangman,” and we’ve put up a implementation of it that you can play here, now, as the guesser: http://labs.counterwave.com/evilhangman/

In the following example, the letters A, E, I, O, U, N, and G have been guessed and all occurrences of those letters have been revealed. We are told that there are 62 possible words in the computer’s dictionary that match these clues. The asterisks indicate that the computer has switched words four times. 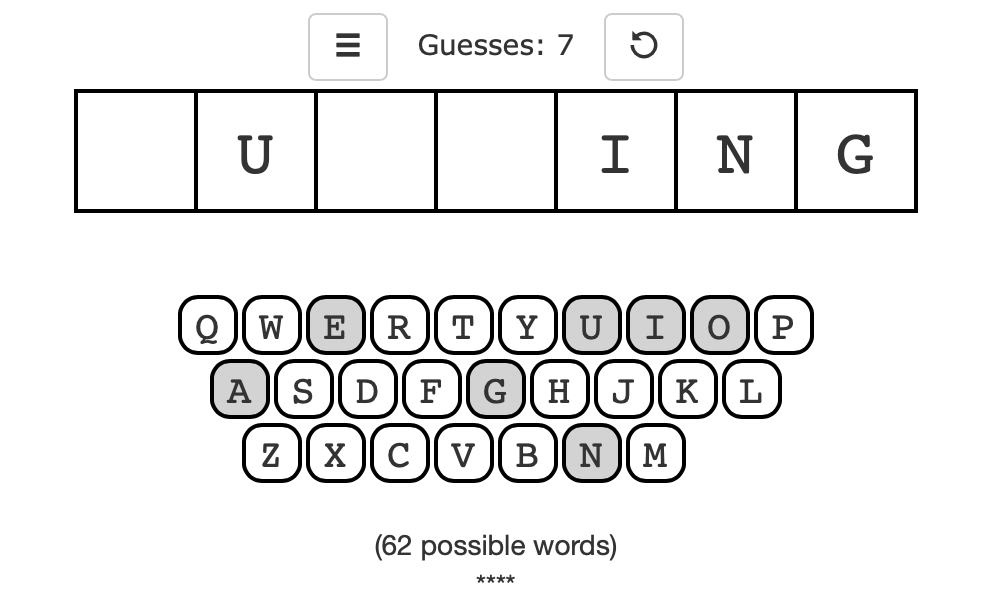